Kira Dorothy – How my Eating Disorder Remained Hidden for Decades.

Home/Stigma Fighters/Kira Dorothy – How my Eating Disorder Remained Hidden for Decades.
Previous Next

Kira Dorothy – How my Eating Disorder Remained Hidden for Decades.

I recently watched the Netflix movie “To the Bone”. So many people had told me how great it was. They were people who don’t know that I am recovering from an Eating Disorder. I tried to approach the movie with an open mind. It turned out to be yet another narrative of an emaciated young white woman. This is the narrative that has allowed me to hide for more than 30 years.

Food has always been my enemy. There are very few things that I like. I was even more picky when I was a child. Watching my parents struggle with failed diet after failed diet, food became a thing of terror. I can tell you the Weight Watchers points of almost every food I ever face. Every bite of food brings me one step closer to the dreaded descriptive word “fat”.  Even bananas are terrifying. When I was a teenager, they had the most WW points of any fruit.

I don’t want to eat. Eating means giving in. Eating means accepting that I need to take care of myself in order to stay alive. When I was growing up, no one talked about nutrients. The messages around food were simply that there was good food and there was bad food. I absorbed the message that eating bad food would make me a bad person. Eventually I came to believe that all food was bad.

In Middle School, I would spend the day restricting my calories to the point of not eating at all. By the time I got home from school, I was so hungry that I no longer felt hungry. I would pick at my dinner and say that I didn’t like it, or that I wasn’t hungry. At fifteen I announced that I was a vegetarian. There were no ethical reasons. It was just another way to hide how disordered my eating was. It was so easy to say “I can’t eat that, I’m a vegetarian”.

Everyone in high school seemed smaller than me. At 105 lbs and 5”5, I believed that I was the fat friend. I wore baggy clothes, lots of overalls, and gave away my lunch to a friend who was always grateful that I shared.

In university, I discovered that I could cut out even MORE food by becoming vegan. This was the perfect way to hide in plain sight. At night, after a day of restricting, I would be so hungry that I would eat more than I needed to. I would secretly binge on whatever vegan-friendly crap I could get my hands on. Because of this, I never became emaciated.

Until my 20’s, my weight never went over 120 lbs, and yet my family still treated me as though I was fat. My parents, aunts, uncles, and cousins, would give me diet advice. They would give me books to read. Or quizzes to take on what kind of diet I needed to be on. No one ever questioned my food choices because I wasn’t super tiny. No one asked why I wasn’t eating. People assumed that I must have eaten before, or would eat after. Or that, obviously, I ate enough because I was the fat girl.  It didn’t seem to occur to anyone that I could be average size and have an Eating Disorder.

As the years went on and my eating habits became more and more disordered, my body began to fulfill the prophecy of my childhood. At 30, I weighed 230 lbs and all the attention on me turned into how to get me to lose weight. Decades after my mental illness developed, my weight helped me to hide much more easily. No one would look at my body and think that I miss so many meals. No one would look at me and think that if I eat food I consider “bad”, that I sneak to the bathroom and throw it up. Dieting was always an acceptable response to the offer of food. Passing up offers of food was something I was praised for. What dedication. What willpower.

Doctors, dentists, partners, family, friends. Not one person discovered my secret. Even now, at 42, I hide my eating disorder under my folds of fat. People look at me and see a fat woman. They see my smile. They don’t know how terrified I am to eat food.

Having a psychiatric illness with the only cure being recovery through hard work, is exhausting. There’s no medication to take to balance brain chemistry. You can’t avoid food. Humans need to eat to live. Even though I know that, forcing myself to put nutrients into my body is incredibly hard. I don’t want those nutrients. I don’t deserve them. Most of the time I feel unworthy of recovery. I think that I should go on another fad diet. I could lose a bunch of weight and then stop eating.

I am often convinced that my disordered eating patterns are simply me dieting. That isn’t me though. That is my Eating Disorder. That is shame whispering in my ear. That is me believing that I can numb myself to my difficult emotions, or that I can control my hunger by not giving in when my body says it needs nutrients. When I am dizzy, and my hands are shaking, and I’m light-headed and weak, I will momentarily listen to my body and feed it. But I don’t feed it the nutrients that it needs. I feed it the first thing I can find, regardless of what that is.

Most of the time when I eat, it is because there are people in my life who would be sad if I died.

My hope is that one day I will want to eat to feed myself; that I will believe that I deserve to nourish myself. Until then, I can only cling to the fact that I need food to live. 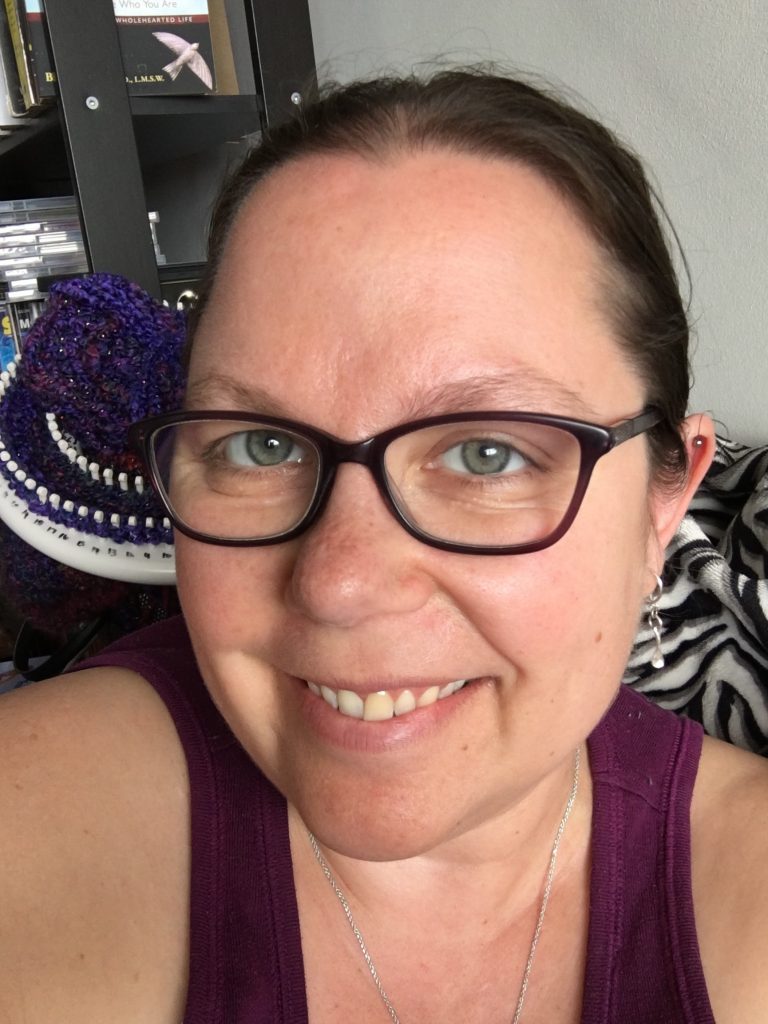 Kira Dorothy is a Toronto-based Writer, Special Education Teacher, Artist, and Advocate. Her work explores her passion for body politics, especially body image, body shame, body language, and self-acceptance, as well as Fibromyalgia, Mental Health, Chronic Illness, and stigma. Her goal is to fiercely explore experiences of eating disorders, body-shaming, and the pathologizing of body-size, and to share experiences of chronic illness and chronic pain. Her own struggles, her love of writing, her passion for advocacy, and her dedication to ending stigma and misinformation is what drives her passion to be a part of this community.