There was an attic in the house that I grew up in.
I first noticed it the day my dad lowered the staircase and ascended into a new part of the house. As I grew below, I imagined what must lay beyond that upside down door.
As soon as I was tall enough, I’d jump and slap a small plastic ball attached to a string hanging from the attic door. It would bounce hard off of the ceiling and return. Once, I pulled this string too hard and the ladder unfolded a staircase before me, welcoming me aboard. I nervously climbed the shuttle and felt the intense dry heat on my face. Once I reached the top, I sat on the edge of the new world and contemplated how it might change mine.
When I first began exploring my attic I found outdated recreational equipment hanging on the wall above a few boxes of baby clothes and a badly beaten white cardboard box that held my mom’s wedding dress in perfect condition. There were lots of different sized boxes and something in each one. There were old toys, movies, or holiday decorations in them. They held family heirlooms and equipment from lost hobbies of all sorts.
As I grew older the attic filled with new boxes but these boxes were overstuffed, poorly stacked, and frequently empty. Odd shaped items were carelessly stuffed in small crevices behind these tall stacks of junk, blocking my access to the boxes stacked neatly in the back, the ones that contained my favorite things in the attic.
Once, I wasn’t careful and the door shut behind me.
I was trapped for a very long time. The air was dry and I quickly became very uncomfortable. My curiosity subsided when I realized that the attic was no longer a safe place. I started to have trouble breathing and searched for an escape. I made it out through the roof between the slits of a small vent to a part of the roof. It was very painful to walk across the roof and it was a hard climb down without anyone to be sure that I didn’t fall. Once I learned that I could get lost, or worse, I paid more attention to the door and I was sure to watch the time. Other people have no idea how long you spend in your attic. If you get stuck, you could spend eternity up there, and I know people that have.
Whenever I returned to the attic I tried to bring back something that I no longer needed. It was daunting but proved to be worth it. I found that if I remained vigilant I could clean the attic without any help. Sometimes, when I pulled down the ladder or begin climbing up toward the opening, I feel the need to pull myself down and put the ladder back. Over time, I found that I no longer needed the attic.
When people show you their houses they never show you their attics. A lot of people speculate about what could be other people’s attics but I’ve never had any idea what was in anyone else’s attic. I know what mine was like and that’s enough. I heard that some people have tried boarding up the entrance to their attics. I later found out that most people that did this eventually removed the boards and retreated back to the attic out of boredom. This was a passable short term solution, but there is ultimately no escape from the escape.
Now, that there isn’t much going on in my life and I am content. I’ve finally found a house without an attic. At first, it was a difficult adjustment because I had no place to put most of the things that I’d held on to for far too long. Worst yet, I no longer had an easily accessible place of refuge.
I hadn’t forgotten that it was bad, I’ve just always forgotten how bad it was.
These days I satisfy my curiosity with my memories of the attic.
These days, the memories are enough. 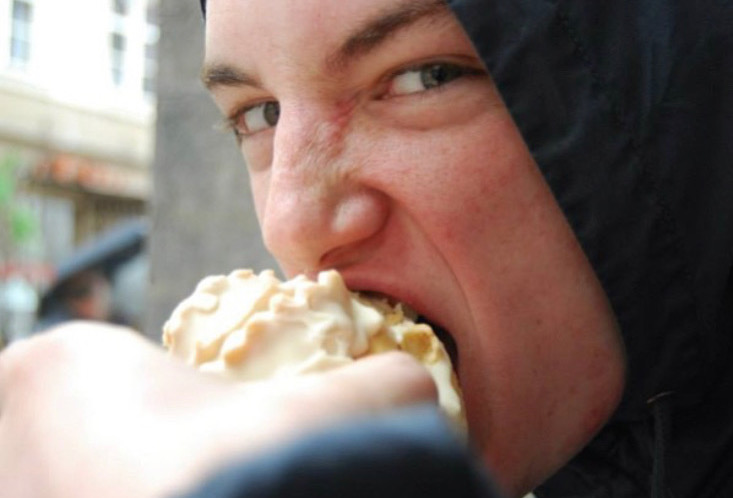