For years, I kept my struggles with depression hidden away. I was
embarrassed. I was afraid. I didn’t want to burden people. I didn’t
want anyone to think I was flawed, or weak, or crazy. It made me feel
truly alone.

But then, I met a few other people willing to open up about the same
things. I started talking to people about it.

And as I gave people a look into my everyday reality, I realized my
isolation regarding mental health was completely self-inflicted. More
than I ever could have guessed, people in my life have been
supportive. They’ve listened to me. They’ve shared their own stories.
They’ve proven that I’m anything but alone.

Some days I still struggle to open up. Some days, I hide my depression
the same way I do dirty laundry when I have company over – just shoved
into a dark space, out of sight, but never really out of mind. It’s
easier to listen to others than to share my own story. It’s easier to
offer support than to seek it. But, when I’ve been able to let people
in, when I’ve been to accept help, the results have been
overwhelmingly positive.

What I have learned, through the support of friends, of family, of
therapy, is that I can’t ignore my mental health. It’s no different
than physical health. Just like exercise and eating healthy is
beneficial to my body, I need to put in work everyday for my mind to
be as healthy as possible.

Being mentally healthy – or healthier, as I’m not sure anyone battling
their own brain and inner critic ever truly feels 100 percent healthy
– is a journey and not a destination, with ups and downs, good days
and bad. It’s meant seeking the guidance of professionals in therapy.
I’ve used antidepressants, meditation, exercise, journaling, and
nutritional supplements to benefit my mental health.

I rewatch movies and shows, re-read books, and get lost in baseball
stats. Sometimes I just have to tell the voice in my head that tells
me I’m worthless to fuck off.

Being mentally healthier has required commitment. It has required
introspective. I had to figure out things that worked for me. Things
that fostered a better brain environment. There is no blueprint to
better mental health. The journey is a little bit different for
everyone. My journey really took off about a year ago – mired in the
worst depressive funk of my life. I couldn’t snap out of it. I had no
energy. I was lost. I felt more alone than I’ve ever felt.

I was struggling to do anything. Anything except getting too familiar
with the Dominos delivery driver that worked the day shift near my
house.

After not leaving the house for a few days, I responded to a message
about an open spot on a comedy show. I still have no idea why I said
yes. I dragged myself into the shower. I reluctantly performed on the
show. I have no idea how it went. I don’t even remember where it was.

On the way home, I was eating McDonald’s with another comedian. Just
getting to that show took everything I had. I was mentally and
physically drained. And because of that, my guard was down. I didn’t
have the energy to keep up a strong front. I couldn’t fake happiness.
My ability to feign normalcy was gone. Without thinking, I made a joke
about my depression.

And then something amazing happened. He laughed. For the first time in
a while, I felt alive. It felt like a weight had been lifted off my
shoulders. Like the sun had finally pushed through clouds after a long
rainstorm. Like I was apart of my own story again, instead of just
watching from a distance.

It was a happy accident.

It was one of those simple reminders for me that if I’m going to
successfully manage my mental health, I need to be open about it. I
need to talk about it… I can’t ignore my mental illness. Just the
opposite, I need to acknowledge it and I need to put in effort every
day because my reality is that depression is a part of who I am. 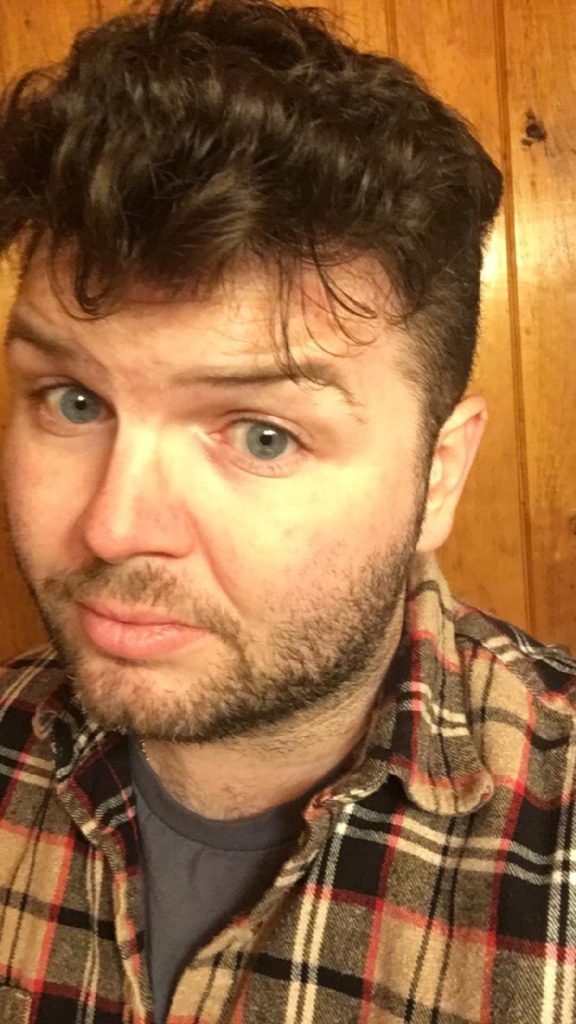 John Botelho is comedian and writer in Los Angeles. He has been a
featured performer at the Portland Maine Comedy Festival and HellYes!
Fest. A Massachusetts native, he moved to LA in October of 2018. John
is an award-winning sandwich chef, having awarded himself
Self-Proclaimed World’s Greatest Grilled Maker more than once.