Being Homeless and Schizophrenic

Home/Uncategorized/Being Homeless and Schizophrenic
Previous Next

Being Homeless and Schizophrenic

Being Homeless and Schizophrenic . . .

“Being homeless and being schizophrenic is hard,” said the man I had just given a sandwich. Twilight was waning, He was sitting on a patch of grass beneath me rocking his body to stay warm. “You better hope it doesn’t happen to you!”

I was in the process of initiating a relationship between the private Quaker school I was raised in and a local church that fed the homeless in downtown Philadelphia. I was in my junior year and I was the leader of the Religious Life Committee. This was only one of the many projects that I initiated that year. Some of those projects would remain operating in the school for years to come.

I was very touched by the words of this man sitting below me. At the same time, I felt sorry for him.

He didn’t realize that I worked twenty-hour days and pulled mostly A’s. I studied and exercised hard and I came from a community that was sheltered from homelessness. As long as I worked hard and did what I was told, I didn’t face the same kind of prospects that he did.

Wow, did I have a lot to learn.

This was back in the late eighties and I had not eaten any dinner myself. By the summer I lost an additional thirty pounds. Anorexia, I would learn, would prove to be one of those words that carried an immense amount of power.

Returning to school in the middle of my senior year, I found the reputation of anorexia replaced all the accomplishments of the previous year. I had a partner who vied to take the credit for my Religious Life achievements. My even better school work would be swept under the rug, draw moderate grades, or be cause for concern of the school psychologist.

No one cared about what it was like to fight for control of your life in pathologizing institutions. My room in the family home was converted to a study. I lived with a friend until I was forced back into the hospital.

I knew that I was not going to be able to start a protest march for the rights of male anorexics! The only avenue I had for rebellion was to choose to move in with a twenty-five-year-old girlfriend and attend a commuter university in Camden, NJ.

Thus, I divorced myself from the insulated private school world. Within a few years I would be alone and firmly rooted in Camden, NJ. I would work for a married Korean Mobster in the inner-city making sandwiches to pay for rent. When we got robbed at gunpoint, he would show up with a van load of hardware as a show of force. The cops stayed away that night but continued to take our coffee for free.

I did manage to reluctantly get into the profession of social work and work my way through a Master’s in Counseling Psychology. As soon as I had the money and the professional background to move to another state, I did.

I learned a great deal in my jobs working with people who had schizophrenia. I pieced a lot together between the world I had endured in the inner-city and the people who were forced to stay in boarding homes in the inner city or the Pine Barrens.

In Seattle I quickly shifted from duties as a housing case manager to setting up services in a last resort section eight hotel that was rife with crime. My thing was that people with schizophrenia needed safe places to heal their symptoms instead of being cast into thrillers amid pipe and needle politics. I leaked uninvestigated deaths to the newspapers and felt society needed to start to pay attention.

“You do a great job down here,” said a resident, “And everybody loves you, even the shady people; but I want you to know that the last worker we had come down here and really fight for us ended up having to come and live with us. I just don’t want that to happen to you!”

As comments like that started to concern me, I turned to a street wise friend I had back in Philadelphia with a host of nefarious connections.

“I do have to let you know that if you ever do anything to betray me, I have the power to find you and I will use it if I have to,” said my best and only support during College.

On my way to the Canadian border I believed I was being followed until I was intercepted and taken down by police.

Three months later when I was released from the state hospital, I was homeless.

I’ll never forget the Christmas I took the BART into San Francisco. I was waiting for my father outside the Civic Center Station. I walked around the mall and looked at the homeless.

For the past nine months I had been working at a job an aunt had arranged for me at an Italian Deli. To get support and reunite, I had to move from the place where I had taken the Greyhound, maintain this job, and see a therapist.

Every night it had rained I sat in my apartment imagining and fearing the day I would be stuck out in it. One night I woke up urinating the bed as the rain pelted against the rooftop.

You see, I had concluded that my family was Irish Mafia and that they were punishing me for trying to snitch on them. Every day, on my way to work at the Italian Deli, I biked the ten miles to the BART station and felt followed just like I had been on my way to Canada. When I ran tests, stray Cadillacs would show up and the person inside would laugh at me.

I had just started to resume my medication for schizophrenia and was starting to settle down. I had spent the last Christmas alone, stray, and being followed in a central valley city. As I looked at my brothers and sisters sprawled out throughout the mall, I was glad I had some rich relatives to visit for the day.

Being homeless and being schizophrenic is hard! You better hope that it doesn’t happen to you! 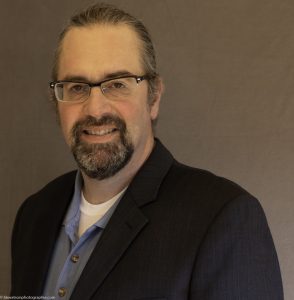 Tim Dreby is the award-winning author of: Fighting for Freedom in America: Memoir of a “Schizophrenia” and Mainstream Cultural Delusions. He is also a psychotherapist in an Outpatient Program and in his own private practice who views to change the way the public and the institutions greet experiences associated with “psychosis.”.