Show me a psychotic child and I will write you a tragedy.

“Your boy is sick,” the fire chief said. “And very dangerous.” No one had ever laughed when shown photos of burned bodies.

Teachers, however, praised the unkempt loner who rode a skateboard, wore tie-dyed jeans, and excelled in mathematics, philosophy, and foreign languages.

During recess, he danced alone and feasted on cotton candy pulled from the sky. In class, he argued that the first sign of knowledge was a desire to die. On the way home, he uprooted flowers, kicked in fences, and slashed tires.

When questioned by police, the soft-spoken kid who reeked of urine and refused to bathe, pointed to Plato’s cave.

Outside, shadows mocked the stoic science fair finalist who set fires, made bombs, and kept in his locker a rotting goat’s head.

Looking out from a fishbowl, all appeared as they were not, and he wanted off an illusory world that spun truth into vapor.

And nothing, not even time, could heal his broken soul. 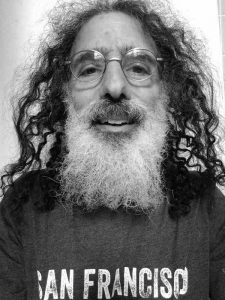 Theo Karantsalis is a San Francisco native who lovingly served Miami’s Black community for many years as an offbeat librarian. He speaks softly and carries a big pen.

Theo Karantsalis reflects on his first suicide attempt at age 12. He has been diagnosed with schizophrenia and bipolar disorder. Those in crisis should contact the Suicide Prevention Lifeline at 1-800-273-8255, or visit suicidepreventionlifeline.org.