I know I did not have anxiety or depression when I was a kid. Yes, I was anxious about getting friends because I was a shy and quiet person. I also knew I had a hard time making friends because of it. So, my mother enrolled me in an after-school program and dance classes. Though, it helped some with the issue of having friends. I still felt like I did not belong, or they did not like for whatever reason. I remember trying to be like everyone else and ended up being a bully to a really nice girl.

Now, I regret and always wonder how she is doing since I know now that she is a very anxious person who needs to take medication. During fifth grade, when I noticed how she was trying to change because she felt embarrassed of my hairstyles. She taught that my pigtails were kiddish for middle school. So I decided that I did not want to be close to this girl. I knew that middle school was going to be hard for me because she was one of my few childhood friends, and we did a lot of things together. Little did I know that middle school was going to a mix of a lot of bad with some good in it.

During the summer of 2009, my mother was dating someone was not my dad. I think what started my signs of being depressed was when my mom did not invite to court ceremony of seeing her get married to this man. I. Felt. Hurt.  I was her only daughter, and it seemed that she did not care to invite me. This feeling of abandonment continues throughout middle school and some of high school. Once I entered middle school, I was determined to make new friends. It was harder than I thought. People bullied me telling me that I did not belong to their group and did not really want to talk to me. The more I kept trying, the more my peers pushed me away and ignored me. On top of this, I could not speak to my mother because she did not feel like a mom at the time.

When I would try to make plans with her to talk about some of the things that were happening, somehow her future ex-husband at the time would have planned something the same day as me. She chose him over me. Plus, I was emotionally abused as a child. When I grew confident to speak my opinions, I had some family members talk over me saying that I could act or talk the way that I do. Not being able to express my opinion lead to the symptoms of social anxiety. I was terrified to speak to people because I was afraid they would not care about what I had to say and judge me harshly for having opinions. I was struggling to identify what I could do because I had no family member who would guide their my feelings, and I did not know I could go to my guidance counselor to sort out my feelings.

I was still taking dance classes at the time. Even a couple of the girls out teased for trying some of the challenging dance moves they had already mastered.  So, I need the next best thing I could do was be quiet and observe. I felt worthless as a person because I wasn’t like my other peers. I was hopeless because I felt like I was going to be alone forever and not able to find a group of friends that could care about me. I was scared to participate in activities because I was afraid of the judgment of others and the feedback they will. People called me names like weird and bizarre. That hurt my feelings, but I felt like I desired it for picking on that girl back in elementary. I felt that I should be isolated because I was trying to be someone I was not.  My teachers noticed how bad my anxiety was when they started to told me to breathe when I feel stressed about my academics or social life.

My depression triggered by the rejection from my peers and not being able to talk to family about my problems and comparing me to how others behave towards their families.

My anxiety was triggered by my social peers and my distorted thoughts of grades and friends.

My experience was so bad that I picked a different high school to go too to avoid the people who was not nice to me.

I was still struggling tofind a group of friends who would invite me to hang out with them on the weekends. I was scared to hold a conversation because I was afraid that people would lash out at me for being nice. My mother was still with her future ex-husband. He did not care about me because he compared me to his sons, who did not do well in school.  I was scared to be myself. Finally, I had the courage to talk to my pediatrician about what was going on, and they recommended to see a therapist. My mother helped me set up an appointment to speak with her. I missed some school time to talk to her about what I had recently been through. We talked about bringing my mother to a couple of my session. She agreed, and we talked about some things that I did not know she went through. I wished my mother told how she went through similar experiences during her time in middle school like I did. During one of the sessions, she asked why I was afraid to talk to her. I told her I did not know I could since I felt like she chose a guy over me. Though I was only able to be with her for a year. Some of deep within was starting to change from a sad tune to a happy one. I learned how to not treat others, and I learned to listen to people and their problems. Though I was scared to tell them my problems, I felt like I had found some purpose in my life.

Side note: I also like to write things that I find in books and academic articles that deal with mental health. 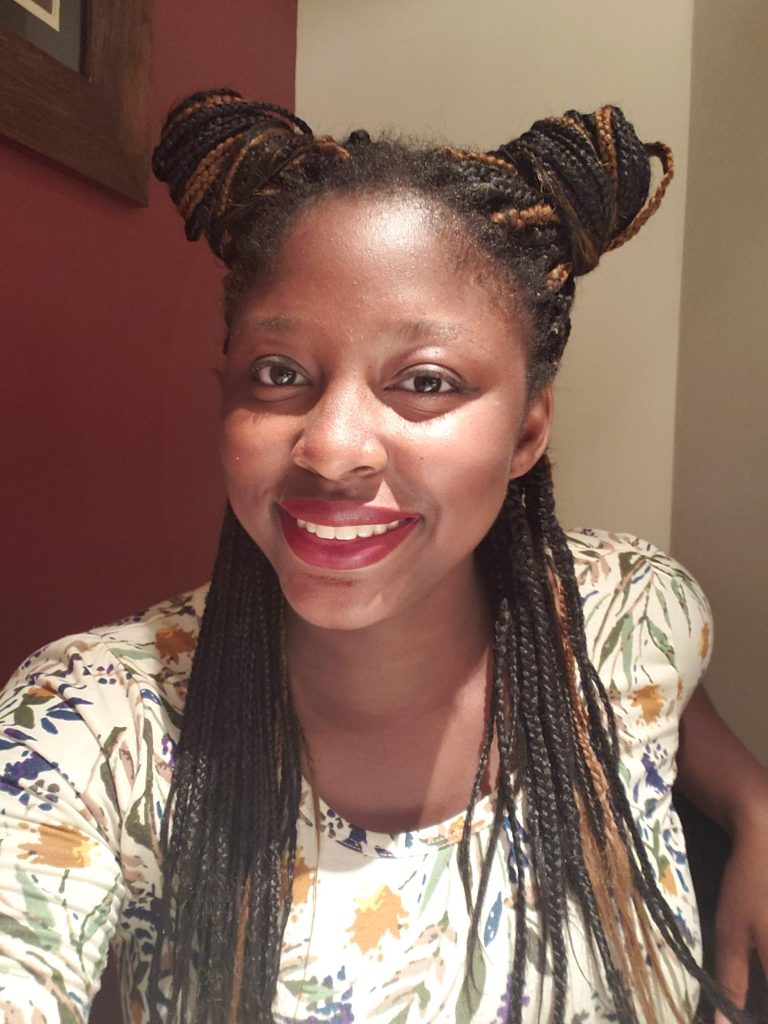 Teleaha Dozier-Grady is a student at East Carolina University. She is getting her Bachelor of Arts in psychology. She is a mentor for ECU Leads, a leadership program, and the secretary of Psi Chi, the international honor society in psychology. She likes to spend her free time reading, writing, drawing, volunteering, doing outside recreation and playing with her dogs. Teleaha works as a dance instructor. Her other job is a behavior technician that helps kids and teens with autism. She is passionate about sharing her experiences with people who are mentally different. She created a blog, Find Peace Within Ourselves, for people to find encouragement and to aid themselves and the individuals who are affected by their mental disorder.