I was born into a humble family. I was the last child. I am what people call ‘ born by mistake’. My birth was unplanned and there was an age difference of about six to seven years between my immediate elder brother and I. My father was a driver, traveling all over the country. He was home only once a week and sometimes once in two weeks. He was physically and emotionally absent in my life. My mother was a trader and this meant she was constantly away from home in order to buy her merchandise. Nonetheless, I had a strong connection with the woman who bled for twelve hours just to bring me to this world.

I was a precocious child, always willing to learn, energetic, hyperactive and sometimes attention deficient. I loved books, they were my friends. My family had high expectations of me. My mother wanted me to be a doctor. I was willing to do this for her even to the extent of abandoning my passion to achieve that goal. I never did.
My eldest sister gave birth when I was about six or seven years of age. I went to my aunt’s house where she was staying. I lived there for about a year. My aunt was strict. I did the house chores around the house. I would ground five cups of beans or more on the grinding stone. I was always scared to go to school. I was always late to school and I have to take a footpath in the midst of a bush filled with snakes to school. There was no other route and I would always see snakes. This made me hate going to school. It affected my performance in school. I was very lonely and was finally glad when I went back home.

My primary school years were fun and exciting. I made friends, played and read a lot of books. They were the happiest moments of my life. I would listen to stories by my mother and sing folk songs along with her every morning. My father was usually home on weekends. Our weekend routine of cooking lunch together was exciting. It was blissful.
Some months after I started secondary school, we moved into our house. It was uncompleted at the time. It was at this time that the troubles began. My mother’s business crumbled, my father resigned from his workplace due to the non-payment of his salaries. He moved into the village to farm. My sisters were away from home. They had gotten married. My home became silent and lonely. My brothers became the breadwinners at a young age.

I was attending a private secondary school and I couldn’t manage to pay my fees. My family was of the opinion that attending a public school would affect me negatively so we struggled to pay so I could remain in the school. I always felt humiliated every time I was sent home for school fees. I became frustrated with life. I channeled my frustration into anger. There was a day I almost stabbed my mother during an outburst. I had to teach myself to suppress my anger. Suppression is never a solution, it made it worse. I became angry at myself and this was when depression set in.

I became extremely depressed at the young age of 13. Perhaps, it was adolescence that compounded the problem, I do not know. Feelings of loneliness, appetite changes, irregular weight changes, irregular sleeping patterns and suicidal thoughts were the symptoms of my problems. I started having nightmares,I would always see myself dead in my dreams. I had no one to confide in. I couldn’t tell my family members for fear of hurting them. I couldn’t trust anyone since I have been sexually harassed twice by people I trusted. I battled depression for about three years. During this time, I was insensitive to the fact that my mother was also battling depression. I should have known, we were so similar.

The best gift a person could have is a person who watched out for them. My class teacher was my support system. He was my listening ear and shoulder to cry on. He became my friend and gave me hope. Prior to this time, I had attempted suicide through deliberate starvation. I was very lucky to have been with my class teacher the day I felt faint. His timely response saved my life. He never knew it was a suicide attempt.

He helped me find hope. I discovered that Allah’s light shines through me. I finally learned how to put depression at arm’s length through my positive thinking. My next responsibility was to be my mother’s support. It was however too late, my mother had started hallucinating and couldn’t speak well. She became so weak she couldn’t move on her own. I watched my mother become bedridden. As much as I tried to nurse her back to health, I realized that I do not want to become like that. My strong and lively mother became weak. I never got to ask her the questions I had until she breathed her last in my arms. This is how depression stole my teenage years and my best friend from me. 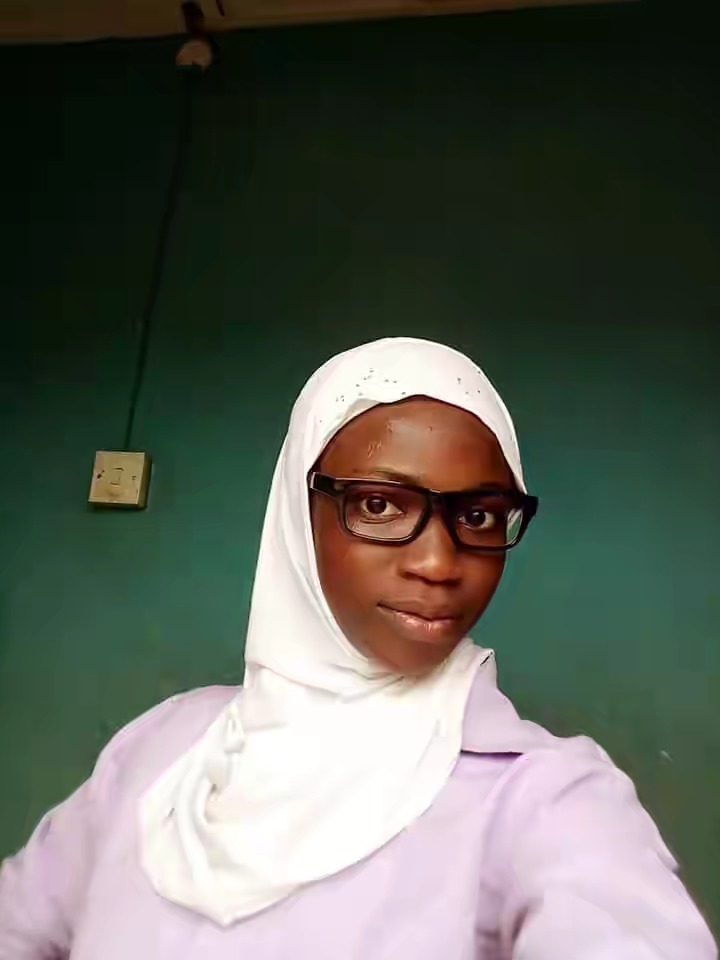 Oluwayemisi Tawakalt Olaoluwa is a young African writer. She studies psychology at the University Of Ibadan, Nigeria. She started writing professionally about a year ago. She writes motivational articles, poems, and short psychological thrillers. She has a passion for helping people understand their mental health. She hopes to help as many people as she can to solve their psychological problems.
She lives in Osogbo, Osun state, Nigeria with her family. You can reach her on her facebook page: @diamonddaystar