The first time I thought about my weight, I was 9 years old
I stood in the mirror and looked at my innocent body
Instead of seeing the legs that carried me on adventures and eyes that saw the world
I saw a round stomach and too thick arms
My hatred for myself began to flourish and my joy began to fall
The first time I tried to diet, I was 10 years old
Nobody noticed, and that was the worst part
Instead of enjoying ice cream and exotic tastes
I fed myself only water and celery
Hoping all this weight would go away
The number went down and I felt a sort of adrenaline that I’d never felt before
The first time I tried bodychecking, I was 10.5 years old
My friend began to speak about using her hands to measure the width of her body
Instead of measuring love, I was measuring how thick my fat was with hands that should have been holding those of others
The first time I restricted, I was 11 years old
After a comment that pierced my heart and destroyed my pride
I would sit in front of the scale and sob when the number didn’t go down
I felt so lost and afraid of who I’d become
The first time I began to exercise obsessively, I was 12 years old
I would wake up before school and work out until my muscles couldn’t take it anymore
But to me, the pain was worth it for every single tenth of a pound lost
The first I purged, I was 13 years old
I locked the bathroom door and stared at my reflection
You have to do this, I said
So you can look like them, I said
Fingers that should’ve been picking others up off the ground were instead shoved down my throat
The first time I’d rather give up than gain weight, I was 14 years old
Every time a pound came off, so did my will
Never once did anyone know my feelings were that tremendous
My pale face and dark circles never told me otherwise
The first time I had hope for my future was on February 1st
It was the first day back from the hospital
I felt as if I could accomplish so much in my already experienced life
Now I know that even in the darkest days, there was a light ahead
And there shall be, as long as the earth turns and as long as my lungs take in air
My hope will always be there 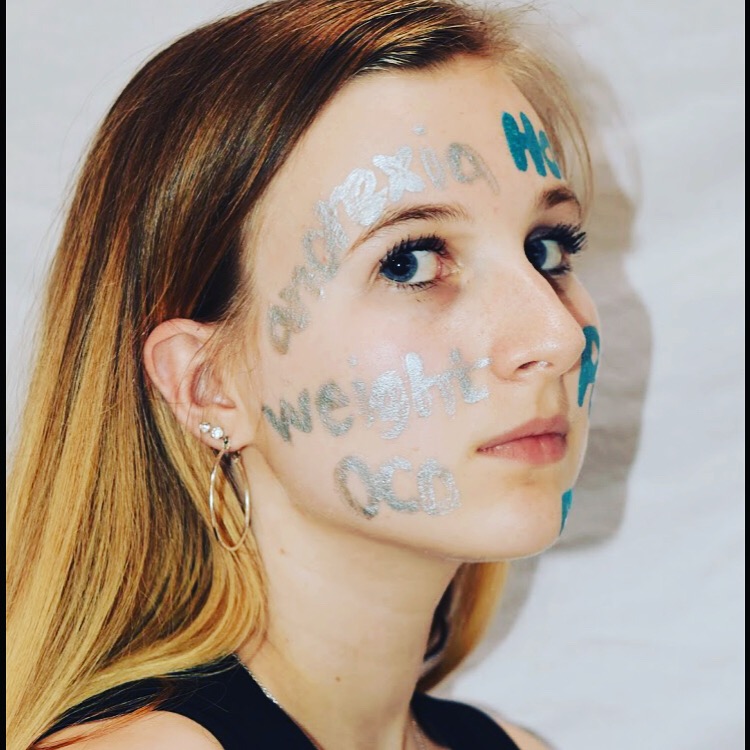 Lorelai Symmes is a 14-year-old free verse and slam poet from Severna Park, Maryland. She began to write poetry after being hospitalized on an eating disorder unit for 3 months. Her hope is to publish a poetry book by the time she is 18, featuring many of her works.