Hi, I’m Charles. At the time of this writing, I’m thirty-nine years old, married with three children with a fourth on the way. We think it’s a girl and if so her name will be Camille. Sometimes I still can’t believe that I created such a beautiful and loving family.

Outside of family, I have a full-time job, volunteer my time with a non-profit, and occasionally teach meditation classes. Life is pretty good. Actually no, life is really good.

You see when I was a kid coming up I didn’t have a beautiful and loving family, and there wasn’t stability. I know, I know who hasn’t had a shitty childhood I get it, but I’m still going to share my experiences with you anyway.

Because it matters and I want others to feel comfortable sharing their own lived experiences so that we can engage in a larger, much more meaningful conversation.

There are others out there afraid to speak their truths and open up about their experiences, and that’s not okay.

Okay back to the shitty childhood.

I suffer from what I like to call the trinity of mental illness. One, I come from a broken home. Two, I experienced head trauma. Three, I’m a recovering addict. Basically, I’m a walking statistic.

Stat one. My father moved out when I was nine, and shortly after that, my mother’s boyfriend moved in. He had Dissociative Identity Disorder. One of the personalities was named Angry Fire. Angry Fire liked to hurt people. The police were called to my house multiple times.

Stat two. The head trauma happened when I was in fourth grade. I rode a friend’s bike off a loading dock then docked at the hospital with a mild coma. This injury caused damage to my short-term and long-term memory.

Stat three. I learned to cope with the abuse in my home by getting so lost in drugs that I hallucinated people and voices. From the ages of fourteen to seventeen, I was hospitalized three times.

Yes, early life wasn’t fun. Because of the drug use, I was diagnosed with schizoaffective disorder by one doctor. Another doctor diagnosed me with major depression. For years, I was on various medications to help me combat auditory hallucinations, racing thoughts, and an overwhelming sense of dread.

By the time I had become a teenager, I was kicked out of my house and then ended up dropping out of high school. I slept in my car and squatted with friends. It was a dark place for a teenager, and the future wasn’t looking much brighter.

But slowly things began to change.

In my early twenties, I found a practice that changed my life. For Christmas one year, a family member gave me a Reebok yoga set complete with a mat, block, and instructional DVD. It wasn’t long before I was in a yoga teacher-training program and practicing yoga twice a day.

When I found yoga, my mind was opened to a whole new world of thinking. I developed a better philosophy on life. From this seed, my journey to healing would blossom naturally.

Through my yoga practice, I would come to find Buddhism too. Buddhism also had a dramatic impact on my mind. Together yoga and Buddhism would take me to places I never imaged.

Some of those destinations included getting a GED, going to college, and eventually starting a family. I had to dig deep to find my way, but when I did many opportunities opened up. After years of hard work, I graduated with a Master’s Degree in Journalism, I have a beautiful family, and I have a plan to address my mental health.

Are there days when I still feel like crap? Yes. But there is one thing I’ve learned, it’s the one thing that made this journey possible, and it’s that I had to make friends with my mental illness.

I know it sounds counter-intuitive but hear me out.

For so many years, I pushed the pain away, not wanting to deal with it. What I didn’t realize is that by pushing it away, I was becoming more attached to it. The more attachment I felt, the angrier I became, and it was killing me.

Everywhere I looked, stains of anger clouded my vision. I lashed out at friends and family and drove many away. Then, of course, I began to point the finger and blame everyone for my problems past and present. How can any of this be my fault I thought, I was dealt a lousy hand of cards.

The truth is you can’t live your life blaming others even if shitty things happened to you. More importantly, you can’t blame yourself or your illness either.

When we hold on to anger, we give our control away, and we lose our freedom of choice. Think about a time when you were angry, how agitated your mind was in that moment, did you make rational decisions?

I talk about my past not to give it any power but to give some context on where I’ve come from and to hopefully inspire others to feel like they can overcome whatever obstacles they face.

More importantly, I want to talk about the present and share what has helped me to make friends with my mental illness and move into a fulfilling life. I believe you can do the same, and it starts by making friends with your illness. 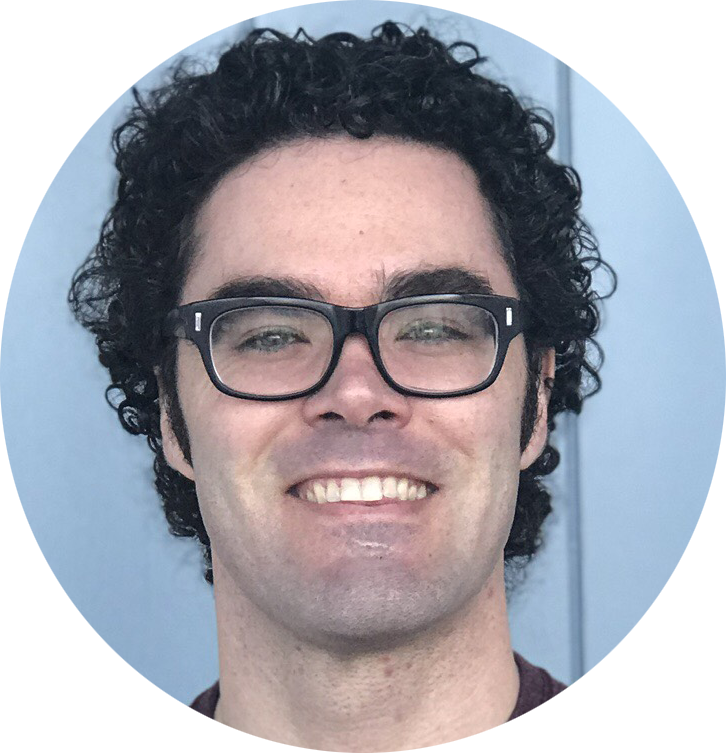 Diagnosed with major depression and schizoaffective disorder, Charles is a writer and speaker sharing his lived experience with mental illness. He is a Peer Support Facilitator with the National Alliance on Mental Illness (NAMI), and his writing has been published on The Good Men Project.
Website: www.charlesminguez.com
Twitter: @charlesminguez