The first time I “died”, I was 25. I was walking through a mall with my friends and suddenly felt the weight of the universe crash into me. I was on a roller coaster hurtling down its initial drop. I was a grain of sand being crushed by the incoming tide. Then, I was nothing. I looked down at the vinyl tile beneath my palms and felt my heart race. Sound began to spill from the ringing silence like a distant waterfall growing to a cascade beside me. I looked up. My friends were staring at me, perplexed.

“I think I’m having a heart attack,” I mustered.

They led me outside. I sat against the exterior of the mall and regained my composure. I was breathing heavily and clenching my fists. I explained to my friends how I was feeling, and they helped me remember that I was a young, healthy man. I was in no danger. We drank the night before. I was probably dehydrated. That was the comfort they gave me, and I took what they offered. I felt better for a moment, but visions of my obituary danced in my head. Deep down I knew there was something else at play.

I didn’t really die when I was 25, but I did experience my first panic attack.

Everyone knows what a panic attack is. At the very least, they think they do. They might think an attack occurs when someone—usually weak mentally and physically—finds themself in an intensely stressful situation and resorts to breathing heavily into a brown paper sack. That was my view of anxiety. It was a view that had been pushed into my head by the entertainment industry. How many times can you think of a character on TV or in the movies breathing into a bag because they were overly stressed? Probably more than a few. (That poor turtle from Rocko’s Modern Life comes to mind.) What I didn’t know before my first attack was that the symptoms of anxiety and panic are experienced by many and are far from comical.

My panic attacks continued for months. Anyone who has experienced one can tell you that every attack is unique in symptoms and sensations. However, there’s also a common thread that weaves through them all. You forget every other time this has happened to you—you only know that this will be the one that’ll kill you.

I couldn’t drive when I was at my worst. I was afraid I would pass out behind the wheel. I couldn’t work when I was at my worst. I couldn’t concentrate on a word anyone said to me. It took my full mental capacity to be present enough to keep myself from sitting on the floor and crying. I had moments when I couldn’t understand English. My mind convinced itself so wholeheartedly that it couldn’t, that I simply sat back and waited until I could comprehend the words flowing around me. There was a point, possibly my lowest, when I ceased being myself altogether. I felt my consciousness leave my body and float in the abyss near my head. Close in proximity but far from its source; I wasn’t sure I’d ever put myself back into myself. I don’t expect that concept to be easily understood by anyone who has never felt panic, but I know those of us who have can commiserate.

I visited the emergency room twice because of sensations from a panic attack. The first time, I was 2000 miles from home and had no idea what was happening. The second time, I was aware that I had anxiety and was mildly frustrated when I got the “good news” that my lab results came back completely normal. I expect that this feeling of frustration is one that those suffering with anxiety can relate to. Why couldn’t I be physically ill? That would make everything easier. The nurse, sensing my frustration, told me that these things happen and offered me a “happy pill”. I drifted into a medicinally induced nap.

I’ve learned a lot in my six years of dealing with anxiety. The first is this: panic attacks fucking suck. The second—and more important—is that a lot of people know how bad they suck and can relate. Before I entered the world of anxiety, I didn’t know anything about it. I think my lack of knowledge was the main reason I was so concerned when I experienced my first symptoms. I simply knew that I was dying. If I had known that a lot of people felt the same way, it may have been an easier transition. I often talk to people who have had similar experiences as me. Some even precisely mirroring my worst panic attacks. Although it’s terrible that anyone has to have these sensations, it does make it easier knowing that you are not alone.

I felt better with SSRIs. However, I felt best with confidence. Knowing what was happening to my mind and body was the only thing that really helped me overcome the worst of my anxiety. I still feel panic symptoms—more often than I care to admit—but I tend to take them in my hands and float them gently down the stream of life beside me. Many sensations come and go in our bodies, and those of us with anxiety know that some of them can take us by the throats and lead us down a rabbit hole of panic. Now, I try to take each sensation and make it my own. Afterall—it is. 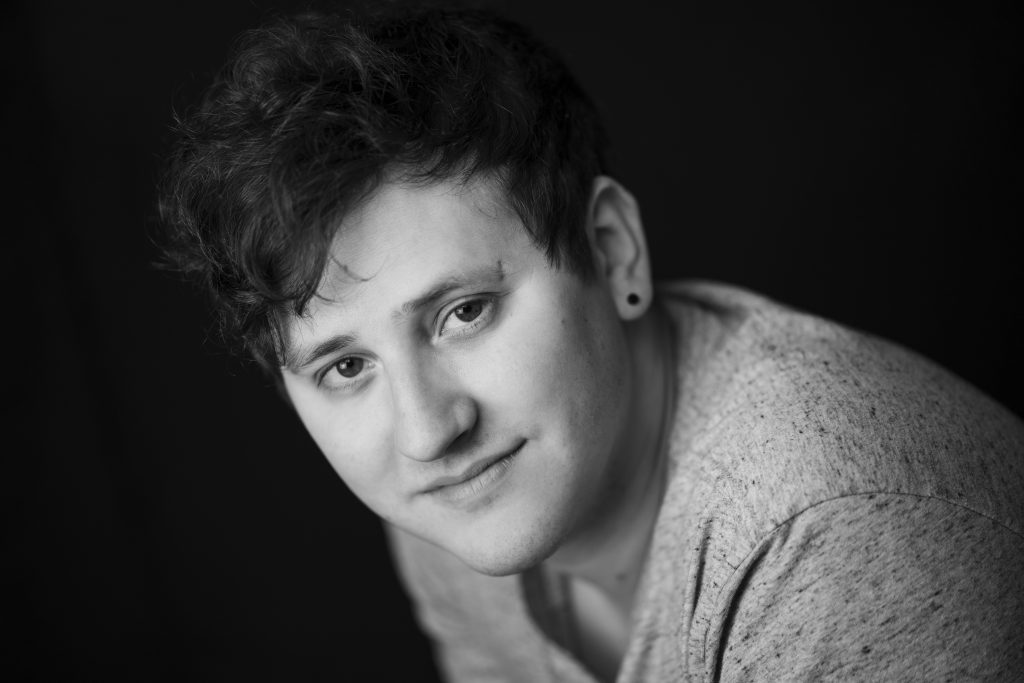 Tripp Watson is a writer, bartender, and Realtor living in the Pacific Northwest. He believes in combating panic through storytelling and finding a way to laugh in the sometimes ridiculous face of anxiety. He started the blog “On Panic” as an outlet for himself and his friends to share their mental health stories.