Mackenna Elizabeth Finley – 13 reasons why not

Mackenna Elizabeth Finley – 13 reasons why not

Hey. It’s me. I am not Hannah Baker. I am not the beautiful Katherine Langford. I am not Hollywood’s depiction on a suicidal teenage girl whose life is shot in warm manila lighting and has her story painted as heroic. This is not that story. There is nothing heroic, or glamorous, or beautiful about it. This is real.
I find it hard to explain what I was experiencing as the Netflix series “13 Reasons Why” grew in popularity, especially to someone who has never stood where I have. For as long as I remember mental illness has been a spotlight issue without the spotlight. People had no problem voicing their opinion that suicide was tragic or that people with depression deserved care and attention. People wrote articles and spoke at assemblies in schools. In middle school, they hung Keith Herring inspired paintings that spoke to the struggle of eating disorders and anxiety. Nobody had any trouble talking about mental illness. They had a problem actually talking to the mentally ill.

I was officially diagnosed with depression and generalized anxiety when I was a sophomore, but it is something that I have been struggling with since I started middle school. It started out barely noticeable. I stopped talking to most of my friends. I stopped going out of my way to see people I used to live for. I missed school too often and when I was there I struggled to pay any attention. As my illness progressed, what used to be symptoms that stayed locked inside my head began to spill out unto my skin. I wore my struggle on my wrists and ankles. And nobody said anything. Not once. When people see pain that they don’t understand they look away. They always have.
That is until Hannah Baker. “13 Reasons Why” was the first time I thought there was a possibility that the general public was ready to see what mental illness really was. Everyone knew her name, and everyone was enthralled by her story. For me, Hannah Baker was a chance for the world to see what they had always looked away. It was hope.
I started watching the series with that hope and light bright in my eyes. I wanted to see what everyone was talking about at school and on social media. I wanted to see what had captured everyone’s attention.
What I found was nothing short of horrendous.

I watched with growing unease as Hollywood took the story of a girl who ended her life and turned it into a gross glorification of suicide as a solution. “13 Reasons Why,” true to its name, provides viewers with every reason why Hannah Baker was justified in killing herself. It romanticized what she did as an act of revenge or self-expression. It simplified suicide as a direct result of the actions of other people, when in reality someone who takes their life has made a personal and harmful decision that they are responsible for. I watched the series looking for hope, and found thirteen reasons why there was no point in searching.
Not only is the show dangerous in its lack of acknowledgment that suicide is not a suitable solution to one’s problems, but it includes a depiction of Hannah Baker slitting her wrists that recklessly abandons guidelines set forth by suicide prevention organizations as to how to safely portray and illustrate suicide on screen.
Triggered is more than a word that teenagers abuse and misuse as jokes amongst their friends. For people with mental illness being triggered can mean watching their whole world fall apart. Triggered can mean seeing or hearing something that is the first domino to fall in a painful and destructive series of events. For me and so many others, “13 Reasons Why” was little more than an immensely dangerous trigger. After watching the last episode, I felt everything in me start to shut down. My brain replayed over and over the cruel images of Hannah in her bathtub with razor blade in hand. It haunted me in ways that I cannot put into words. Watching that show was beyond damaging for my mental health.
Supporters of the series may cite the trigger warnings at the beginning of the more graphic episodes as evidence to claim the show was precautions with its sensitive material, but anyone who thinks that’s enough has clearly not walked the path I have walked. When you have struggled like I have, when you have fallen time and time again like those who struggle with depression, when you have hurt that deeply words on a screen warning you to look away feel like little more than insults. I looked at the message before me, the only thing I could think was that if I could live the life I have lived, then how could I not be strong enough to watch actors on a screen?
If I was thinking clearly I would have looked away. If I was thinking clearly I would have turned off the TV and moved on. But that’s the thing about mental illness. You’re not thinking clearly. Not at all.
Even if I had willed myself to stop watching, what would the show have accomplished? They were telling my story. They were giving a face to the faceless. They were letting the broken, and the depressed be heard. In my eyes, that gives us a right to be able to watch. We shouldn’t have to look away just so that Hollywood can get the attention of all those who turned away from us.

People tell me that the show has done so much good. They tell me that it encourages kids to speak up, and reach out. They say it’s made a difference.
But I see no difference.

I am the same girl. I wear the same skin. I see all the people around me wearing their own struggle on their sleeves. I see them and I watch everybody glance at them, at us, just to look away. “13 Reasons Why” successfully got people talking about Hannah Baker and Katherine Langford, but it has done almost nothing to get rid of the stigma surrounding mental illness.

This series offers only triggering imagery and problems with no solutions. It has become but another reason for the broken to hurt. It has accomplished little and destroyed much more. It does more harm than it is worth. 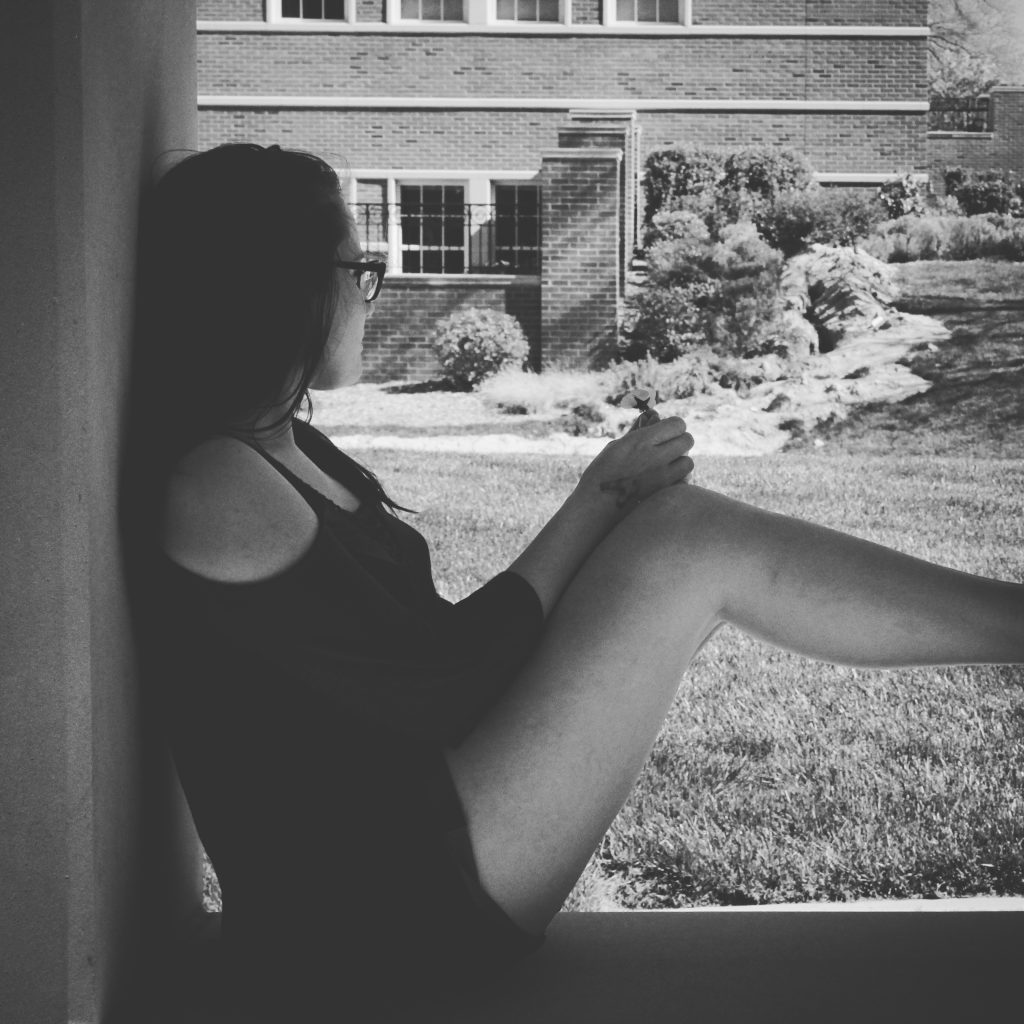 Mackenna Finley is a writer based out of Granville, Ohio. She has been writing all her life and has published many articles with BluePrints magazine. She focuses mostly on writing poetry and short stories, but also enjoys writing editorial pieces.