Home/Stigma Fighters/Isabella Mori – Self-Stigma: It Can Happen To Anyone
Previous Next

I work in the mental health/addiction field. While I came to it gradually, it is obvious that my childhood, growing up in a family full of mental health and addiction problems had something to do with this career choice. There were numerous suicides when I grew up; enough, in fact, for me to take a long time to realize that suicide was not just another normal way of dying. My parents were quite open about my father’s problems with addiction and bipolar disorder – a good choice because it would have been quite difficult to hide, or, alternatively, explain the fact that my father spent most of his life in bed. So I thought I was pretty much immune to stigma, and especially self-stigma.

Until very recently, I skipped along quite happily with that thought. Yes, it occurred to me marginally that the shame my mother (and probably also other family members) carried in the not particularly enlightened latter half of the 1900’s probably was a bit of a burden. But when I did think of it, it felt pretty theoretical. Mostly I was quite proud of myself for being a stigma fighter, happily mentioned in passing that my mental health wasn’t perfect, and encouraged others to be open about their experiences with mental illness.

And then came my daughter’s anxiety. She had always had a bit of a tender heart, and was plagued with nightmares and separation anxiety early on. This blossomed into a recognizable problem when she was around eleven, and has turned into anxiety, depression and thoughts of suicide in the ten years hence. In the meantime, I had started working at our local hospital, doing what came naturally: supporting families of people with mental health and addiction problems.

The self-stigma crept in slowly. When we needed to take a family friend to emergency for a mental health problem, I suggested to go to a different hospital, just vaguely thinking that it may feel awkward if I ran into anyone at the one where I worked. Thinking back on this now, it probably would have been a better choice for that friend had we gone to “my” hospital; chances are he would have gotten better services.

When, some time later, my daughter needed to use our hospital’s 24/7 mental health clinic (with which I was even more closely associated at work) I asked her to use my husband’s name as next of kin, even though it was I was her major mental health supporter. Again, that choice felt “natural” and “discreet”, especially since in some strange logic I had already proven that this discretion “worked” with our family friend.

A few months ago, something changed. I was involved with a public anti-stigma campaign and in this connection, I put together a handy little worksheet entitled “For Families/Supporters: Talking About Mental Illness.” At the same time, my daughter’s mental health problems had become particularly acute; not only that, for the first time, it really dawned on me that her problems weren’t going to go away any time soon – we’re in this for the long haul. That’s when the penny dropped: By being “discreet” towards my coworkers, I was, very subtly, self stigmatizing.

I don’t know what goodness possessed me but one day not long after that realization, I asked the manager of our 24/7 mental health clinic for a quick chat. “My daughter is using your services,” I blurted out, “and I feel weird about it. What do I do?” Tears come to my eyes when I recall her words: “Don’t worry about it. This happens all the time. We even have people who work here in this same building who use our services. Our staff is used to this, they know how to be professional about this.”

For years I have said to anyone who’d care to listen: “I want mental health and mental illness to be a normal thing to talk about, the same way you’d talk about a cold, because it happens just about as much.” I am humbled that I myself was not able to do that when it came to this situation, that I thought I was somehow enured and above it. I am grateful that I realized I’m just like anybody else, that I, too, can carry self stigma. I have more compassion now for my mother, who must have had many moments when she, too, wanted to hide from all the people who censored my father for being lazy and undisciplined. And I am relieved that I was given the gift of shedding at least one layer of self stigma. 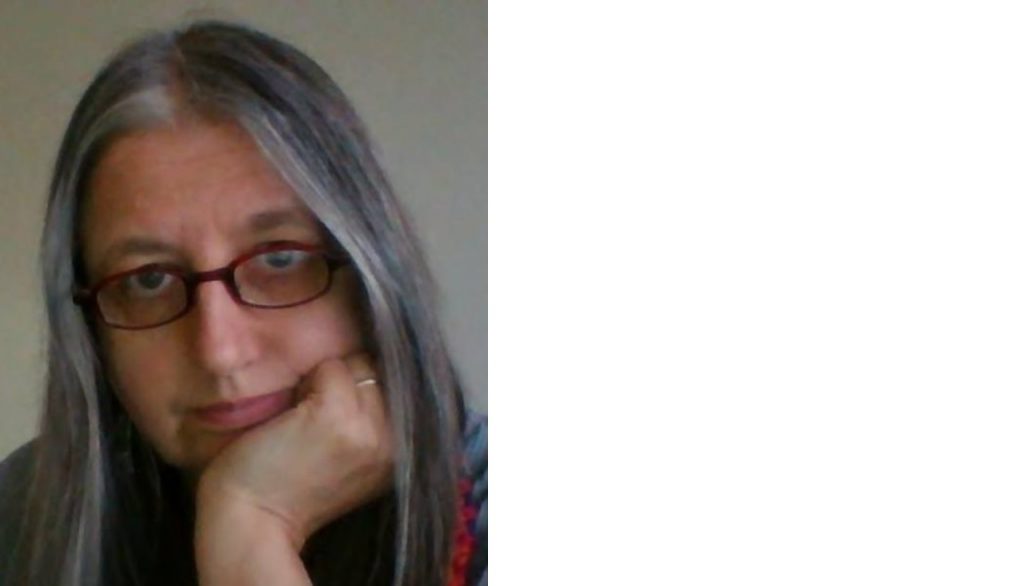 Isabella Mori is a mother, grandmother and writer. She is also a counsellor who works in mental health and addiction in British Columbia, Canada, supporting families and friends whose loved on struggle with mental illness and addiction.